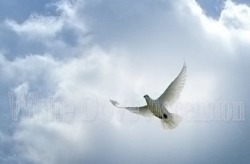 To give all Honor and Glory to the Godhead
To show unfeigned (genuine) Love toward all mankind without reservation
To minister to the needs of others
To encourage Personal Worship outside the assembly
To ask in Faith believing, that God will make the impossible...possible
To encourage the Church Body to operate their Gift of the Spirit with all sincerity and purity of heart
To always endeavor to keep the Unity of the Spirit in the bond of Peace
To proclaim Salvation and make disciples, teaching and observing all things as God has commanded, thus fulfilling the Great Commission.

-FAITH-
We believe in God, our Heavenly Father... In Jesus Christ, the only begotten Son of God...and The Holy Spirit, the Awesome Power of Almighty God, who was given to us by Jesus Christ after His Ascension to the Father. These three also known as The Trinity.

We believe in the Holy Bible, as the infallible Word of God, written by Holy Men of God as they were inspired by the Holy Spirit.

We believe in the fact of Creation as described in the book of Genesis, within the Holy Bible.

We believe that we were created in the Image of God, and that God desired an intimate relationship with us, His creation. However, when sin entered the world, by Satan beguiling Eve, and Eve her husband-Adam, the perfect world and plan was altered and from then on to include death. But, Our Father God, who loved us with such an unlimited love, ordained a reconciliation between us and Him, through His only Son, Our Lord Jesus Christ. And, it is by this reconciliation that we inherit Eternal Life, and can once again, obtain an intimate relationship with the Father, now, and at the end of this age.

We believe that Jesus Christ is the only begotten Son of God, conceived of the Holy Spirit unto and born of the Virgin Mary. Part God and part man. He lived a sinless life on earth of 33 years, and was our prime example of the Love of God. He ordained and taught the 12 disciples, who became our Founding Fathers of the early church, excluding one, being Judas Iscariot, who betrayed our Lord Jesus. Jesus Christ taught the truths of Almighty God, preformed miracles and brought deliverances to many. He suffered a cruel death on the cross, willingly, so that we may obtain forgiveness of the Father by our belief in Him. He arose on the third day after His death, having defeated Death, Hell and the Grave. It is by this resurrection that we are set free. Jesus Christ revealed himself and taught many during the 40 days before his ascension into heaven. It is during this time, that he gave the instructions regarding the Great Commission and the Baptism of the Holy Spirit to his disciples/apostles. After this 40 days, He ascended into the Heavens at the Mount of Olives, where He will return again at the appointed time of the Father's choosing, closing the end of this age. This is better known as the Second Coming.

We believe that there is only ONE way to Salvation, and that comes from believing on Jesus Christ as our Lord, Savior and Master. Believing that He is the Only Begotten Son of God, born of the Virgin, that He died for our sins, His precious blood washing our sin away, that He rose again from the dead and ascended unto Eternal Life, and that He will return again soon. As we stand before the Father on our Judgment Day, any coming through another belief than this will be as a thief and a robber and will not enter in, the Presence of the Lord.

We believe in Water Baptism after Salvation as a showing and a confirmation to yourself and others that you are crucified with Christ, putting to death your old sins and self and rising up unto Life Everlasting. We personally adhere to immersion as the method of Baptism.

We believe in Sanctification (crucifying your old nature and ways to live a Holy Life) as a second act of Grace. God calls His people to be a Holy Race.

1 Peter 1:14-16 says:
"As obedient children, not fashioning yourselves according to the former lusts in your ignorance: But as He which hath called you is holy, so be ye holy in all manner of conversation (life); Because it is written, Be ye Holy, as I am Holy".

Also, I Corinthians 6:9-11 says:
"Know ye not that the unrighteous shall not inherit the Kingdom of God?  Be not deceived: neither fornicators, nor idolators, nor adulterers, nor effeminate, nor abusers of themselves with mankind. Nor thieves, nor covetous, nor drunkards, nor revilers, nor extortioners, shall inherit the Kingdom of God. And such were some of you: but ye are washed, but ye are sanctified, but ye are justified in the name of the Lord Jesus, and by the Spirit of our God."

The Holy Spirit of God is there to purge us of our old ways as we submit to Him.

We believe in the Holy Ghost. He is a personality of God, not an it. He is the Awesome Power of Almighty God, that was present from the beginning, as also was the Father and the Son. He was responsible for the fulfilling God's Orders on the Creation of the World, as well as the Creation of Man. It was He who brought the conception of Jesus Christ unto Mary, as well as His (Jesus) Resurrection unto Life Everlasting, and it is He that is given to us, by Jesus, as our Friend, Comforter and Guide. It is impossible to receive Salvation without the Holy Ghost, as it is He who convicts of sin and reveals Jesus to us. It is He that sanctifies us and purges us from our old ways after Salvation, and it is He that fills us to Overflowing, in the Spirit, even to the Baptism of the Spirit. It is He that instills Gifts that are proper for carrying out the works of the Great Commission and Fruits that are produced as we grow in the Lord. He is not be blasphemed, for the penalty of such is unforgiveness.

We believe in the Baptism of the Holy Ghost and Fire.  Meaning, that a Child of God, sanctified and submitted to God, desireous of good works and an intimate relationship with God, can and will recieve the Baptism of the Holy Ghost and Fire. The Words "Baptism of the Holy Ghost" , means to be overflowed with the Spirit of God, set apart and equipped by Him, the gifts and callings evident. The life of one Baptized in His Spirit, is "full" of His Spirit,"walks" daily in the Spirit, lead by Him, and submissive to His bidding. The Word "Fire' means the "Power from God" .  The Power which accomplishes mighty acts and miracles.

We believe that all mankind is equal in the eyes of God. God our Father loves us all, and Jesus Christ came to die for everyone's sins. God is no respecter of persons and the ground in front of the cross is level, meaning that there is no discrimination existing in the Lord's eyes. There is no preference of color, denomination or race. There are only those who choose to follow him and those who choose not to follow him. Our Salvation was bought and paid in full at Calvary. It is up to us to believe and receive Salvation.